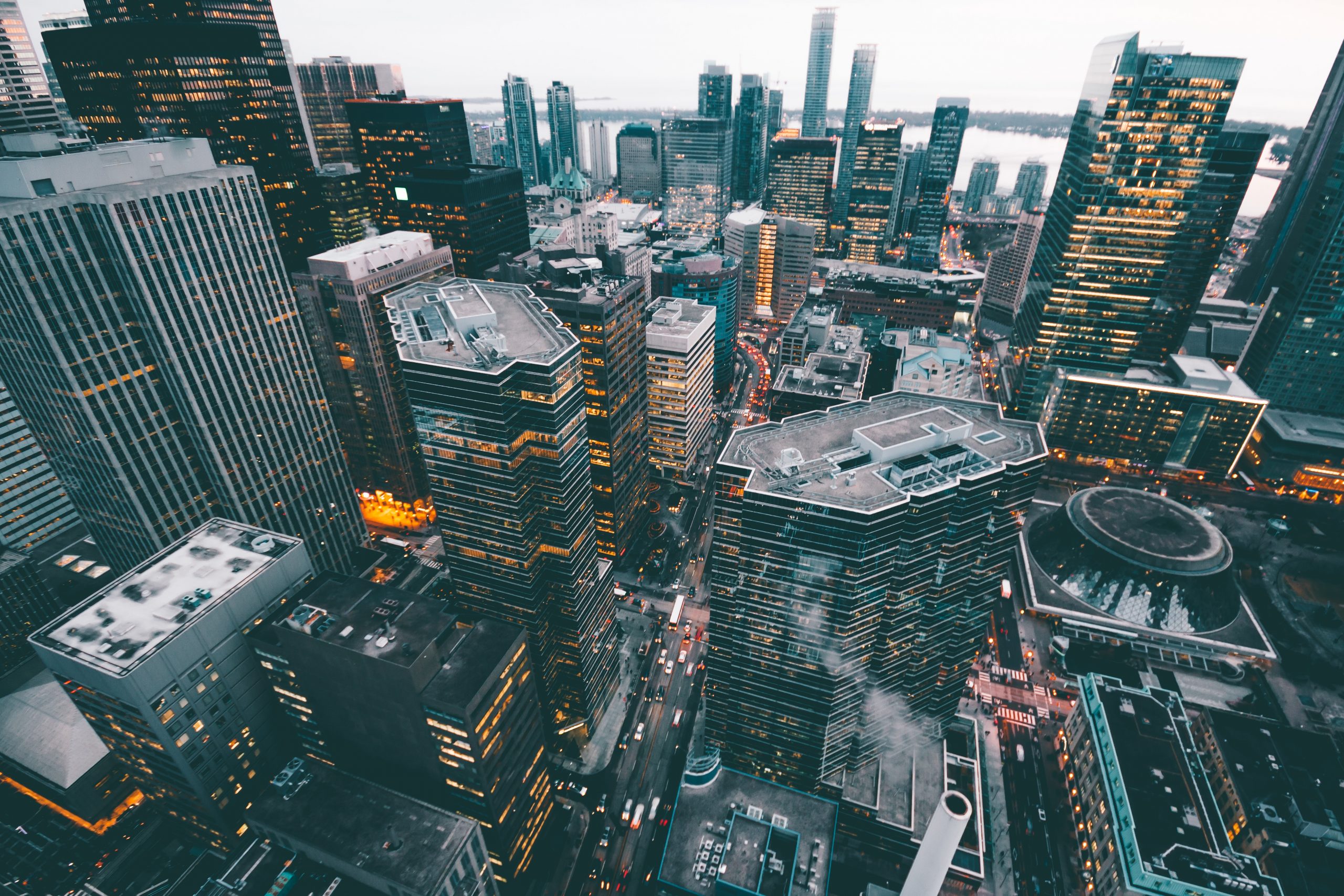 My daughter, my grandson and I live in a small flat located on the 143th floor of a high rise building in the South of Switzerland. Outside, on the walls of our small balcony we cultivate different salad varieties. In their newly launched program “Food Security at your House Wall” the government supplied all citizens with vertical gardening kits to grow salad. These salads are genetically modified in a way that they can fix nitrogen from the air and hence can survive with very little soil. Otherwise, we get rationed food. This food is mostly grown in labs that are located in the suburbs, since it has been extremely difficult to grow food outside due to the harsh weather conditions. The food we get includes all the calories, vitamins and nutrients we need,so that we can be sure that we are cultivating a perfect healthy diet.

We are very lucky since we have enough food to eat and live in one of the few areas on this planet where the climate is bearable. Due to the drastic consequences of climate change that happened in the last thirty years most of the places on Earth are either extremely cold or extremely hot and exposed to hazardous droughts, storms or floods. The few people that still live there suffer and struggle to survive. I used to live in the North of Germany but that place is now too cold and we were forced to move to down South, where the weather is bearable. The housing rents here are insanely high, so only a few percent of the world population can afford to stay in such areas.

Till well into my late twenties, we lived a life of excessive luxury. My fridge was always full of readymade meals that I ordered online (due to my stressful job I did not have time to go shopping) and that I could just heat up in the micro-wave for my daughter and me. If the meals reached their expiry date, which happened a lot since we often ordered more than we could eat, we just trashed them away.

We, from the Global North used to consume whatever we wanted at any time we wanted. Either it was strawberries in winter that travelled all over the globe to reach us or tomatoes that were produced in heated glasshouses that required enormous amounts of energy. Furthermore, our strong preference for the visual appearance of food implied that tons of vegetables and fruits that did not meet the cosmetic standards had to be thrown away since nobody wanted it. There was even an EU law that defined how long and thick a banana had to me in order to get imported. Furthermore, our food supply chains were so inefficiently designed that one third of food that was produced never got eaten. Furthermore, while we from the Global North were ignorantly consuming and wasting more food than one could imagine, at the same time during the 2020s, 800 million people on the world were suffering from hunger and two billion people were suffering from one form of micronutrient deficiency.

Furthermore, especially in countries that were in the transition of moving from an economically poor country to an economically rich country roughly five billion people were overweight or obese. Reasons were often due to lack of education, easy access to ultra-processed foods and constant exposure to cheap and convenient junk food.

Additionally, the agricultural production of food accounted for more than 70% of all species losses worldwide. Overfertilization caused nitrogen and other chemicals to leak into lakes and oceans thus destroying natural habitats. Unsustainable agricultural practices caused salinization of soils, desertification and erosion. This way farmers were pressured to use more chemicals in order to be able to continue growing crops on their degraded lands.

During those days, the production of food accounted for 30% of all greenhouse gas emissions that were emitted into our atmosphere. Furthermore, ancient forests were burned down at alarmingly fast rates so more food could be produced on these lands. These unsustainable ways of farming systems contributed to the rapid climate change that caused severe winters, extreme droughts, floods and fires around the world. All these problems were known and it was clear that our food system played a substantial contribution to the climate crisis and was not resilient enough towards the increasing amount of climate catastrophes. However, little effective measures were done to improve it. Looking back, I cannot believe that we just continued to blindly follow the system and failed to take any crucial steps to make our food system more sustainable when it was critically necessary. Now our lands are so degraded and the climate conditions so bad that it is nearly impossible to grow any foods outside in the “wild”. What did we do wrong and what could we have done better? Owing the current generation an explanation to why we failed in having a sustainable food system I will briefly touch upon what I believe are the most salient measures that would have helped to make our food system more sustainable. Perhaps, if we would have followed those measures earlier we could have ensured more food security and planetary health.

How was it possible that while so much food was wasted, people in the same country could not afford (healthy) food? Supply chain inefficiencies should have been tackled earlier. A better allocation of the produced food would have reduced food wastage and therefore less would have been needed to be produced, saving lots of costs. There were various start-ups that tried to improve these inefficiencies such as the retailer “Sirplus” (https://sirplus.de/) which sold products that food cooperations could not sell to retailers anymore since they were not in the retailer’s assortment. Furthermore, the start-up “Querfeld” supplied canteens with vegetables and fruits which were too “ugly”(https://querfeld.bio/) for the normal market. Unfortunately, such start-ups remained small and never entered the mainstream markets. The government should have promoted and funded these kind of alternative and sustainable business models more, so that these start-ups would not only be catering a niche sector but become main stakeholders in our food system.

Presently, genetically modified crops (GMO) in crop breeding are considered the mainstream and we would not survive without the production of GMO crops. However, the uptake of this essential breeding method took too long. Already in the late 20th century scientists discovered how they could change the genetic make-up of organisms in order to breed desirable crop traits that could for instance resist pests, tolerate droughts or use certain nutrients more efficiently. Unfortunately, till the 2040s GMO crops were largely not accepted in many countries, since society, especially the EU population, felt that these crops were not considered “natural”. Further concerns of the past were that the use of GMO crops would increase the use of chemicals and facilitate more monocultures and seed company monopolies. Although many scientific institutions promised that GMO crops were as safe as conventional ones, societal resistance was too strong. Looking back, we should have adopted GMO breeding technologies earlier. This way we would have been able to use less land for the same number of crops and more local food security could have been assured in areas that were facing increased hazardous climate conditions.
Furthermore, more public research and development funds should have been allocated towards research in agriculture. It should have been the government’s main goal to support innovation within the agricultural sector in order to explore technologies that would support more sustainable crop production methods.

We should have started earlier to improve the sustainability of our diets. For instance, in many rich countries the consumption of animal products was perversely high. In the early 2020s the global population consumed 300% of what would be a healthy consumption of red meat. The production of meat required high intensities of resources and emitted far more greenhouse gas emissions than other food. Government programs should have created incentives for society to consume less meat. Furthermore, the high amount of people that were sick due to micronutrient deficiencies and obesity rates caused the public health systems insanely high costs. The governments should have made healthy foods cheaper and more available and create other incentives for people sustain healthy diets.

In the end, there were countless factors at all types of institutional, societal and political levels that contributed to the unsustainability of our food systems. However, we should have had followed the mentioned measures with more rigorous ambition before it was too late. Perhaps then, healthy food accessibility and bearable climate conditions could have been secured for more people living on this planet.

In one of the courses in Research Training Group (RTG) „Sustainable Food Systems“ in Göttingen, PhD students were asked to write a short essay on the topic „Key steps to make food systems more sustainable“.

The RTG combines excellent interdisciplinary research and graduate training related to the sustainability of global and local food systems.Food and agriculture are playing key roles for many of the global challenges such as poverty, undernutrition, overweight and obesity, climate change, and biodiversity loss. It is obvious that the United Nations’ Sustainable Development Goals (SDGs) cannot be achieved without major changes in food production and consumption. But what types of changes are useful at what level and how these changes can be implemented politically, economically, and socially are open questions that will be addressed by the new RTG, focusing on both rich and poor countries.

The RTG is a joint initiative by the University of Göttingen’s Faculties of Agricultural Sciences and Economic Sciences and is implemented together with various international partners, including the International Food Policy Institute (IFPRI) in Washington DC, and KU Leuven in Belgium. The RTG is funded by the German Research Foundation (DFG).